Enthusiast Gaming is pleased to provide shareholders and key stakeholders another update on our business and the developments over the past few months. We are committed to providing consistent communication and transparency to our new and existing shareholders and we realize it is important for the Company to continue conveying the mission, business strategy and growth plans to our community and investors.

Transformational Acquisition of Omnia Media With Over $110 Million Annual Revenue

In late August, Enthusiast Gaming completed the transformational acquisition of LA-based, Omnia Media, the largest network of video-game focused YouTube channels in the world. Omnia Media is home to over 1,000 YouTube channels, generated more than 3 billion views of content monthly. It is home to some of the most influential gaming personalities and content creators, like Pokimane, The Sidemen and Flamingo. Omnia also creates its own content, producing more than 30 weekly shows on channels like BCC Gaming, the largest You Tube channel dedicated to Fortnite, and Arcade Cloud and Wisecrack. This content is also distributed on other platforms like Snapchat and OTT (over-the-top) smart TV platforms like Samsung and Roku. As a result of this acquisition, Enthusiast Gaming is now the largest gaming media platform in North America and the UK with a combined: 100 gaming media and news websites, 1,000 gaming YouTube Channels, 500 gaming and esports celebrities, influencers and content creators, 7 professional teams, and over 30 gaming events globally, including the upcoming EGLX and Pocket Gamer Connects Digital events in November. Enthusiast now reaches over 300 million gamers monthly who generate over 4 billion views of content per month.

This transaction catapulted Enthusiast’s revenue with the combined entity generating $110 million in pro forma revenue in 2019. The acquisition hit on all of our core growth drivers, including:

Our direct sales team continues to drive awareness of Enthusiast’s platform to brands wanting to target the Gen Z and Millennial demographic. Over the last few months, the team has built out a robust pipeline of partners across consumer goods, technology, insurance, government and others. Enthusiast offers more touchpoints to gamers than any other company and brands are starting to notice our broad reach and frequency. Our team’s ability to design creative, custom campaigns for companies to reach this lucrative demographic is impressive and the results have been very positive. We are working with a number of new advertisers just in the past few months alone including: Gillette, SpiderTech, G FUEL, Grub Hub, Lego, HP Omen, State Farm Insurance, US Airforce and Activision.

In August, the Company announced and successfully closed a bought deal equity financing. Including the Over-Allotment, the gross proceeds raised was $17.25M, with a portion of the net proceeds being used to fund part of the Omnia acquisition.

In August, we welcomed three new media and technology experts to our Senior Management team to help scale and grow our business and continue our international expansion as the leading gaming media platform. 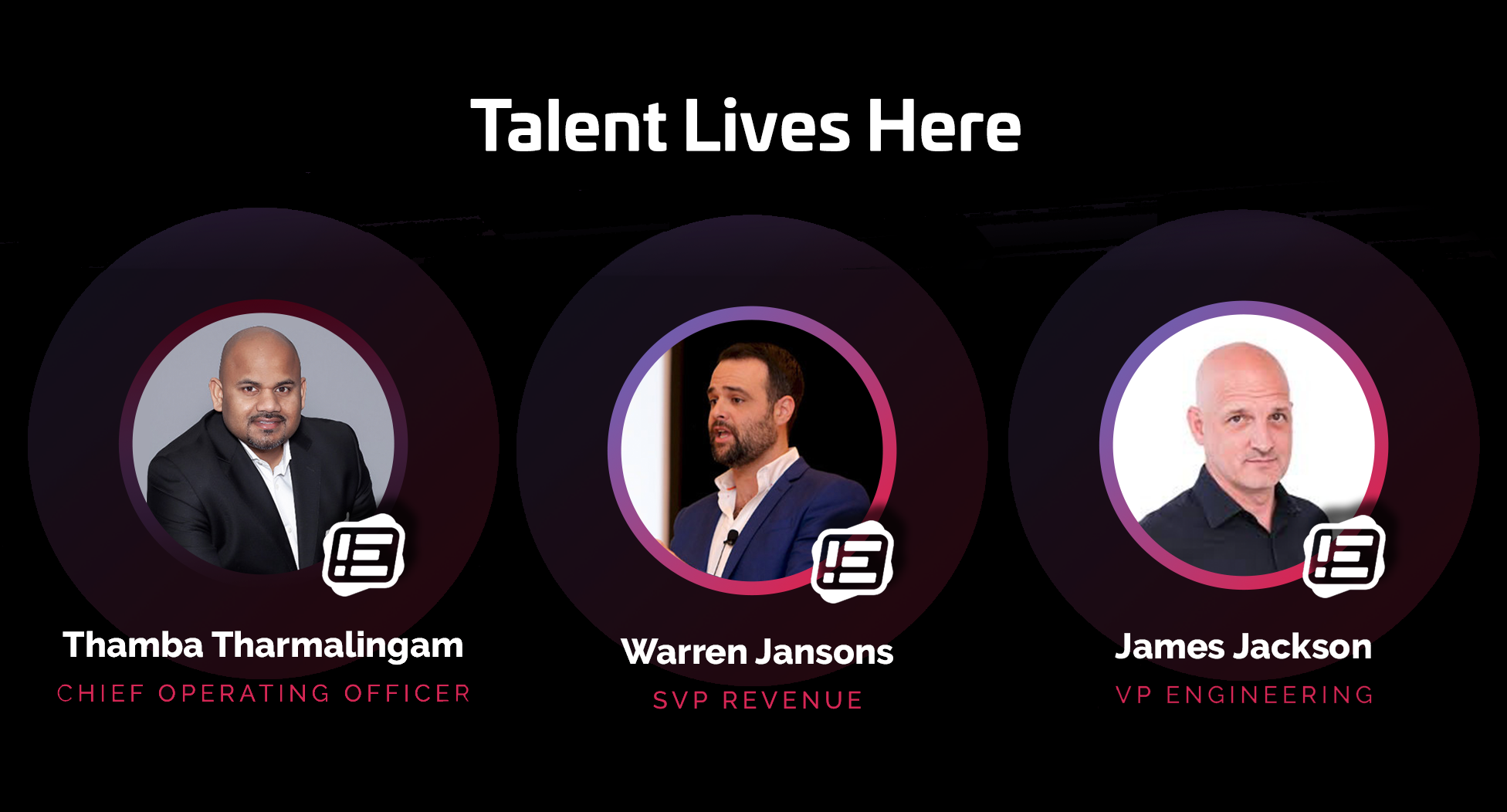 Thamba Tharmalingam, COO is a results-driven executive with a strong track record of driving growth, innovation and digital transformation and joins Enthusiast after being Managing Partner at a boutique VC firm and prior to that holding various senior executive roles at Rogers Communications for 10 years leading sales & marketing functions including revenue, subscriber growth, product, commercial strategy, pricing, base management, & retention for Mobile and Cable business units. Thamba started his career in Software Development & Product Management with Technology companies including ATI Technologies, AMD, Fed-Ex & a CRM Start-up.

Warren Jansons SVP, Revenue is a media and communications expert and brings over 20 years media sales experience to Enthusiast Gaming. Prior to joining Enthusiast, Warren was VP, Sales at Acuity Ads, where he was responsible for managing sales across Canada. Over the last decade, Warren has held senior management positions at the Exchange Lab, TC Media and Ad Splash Media. His experience spans many areas including media sales, sales management and internet marketing strategy consultant. At Enthusiast, Warren is responsible for building a marketing/sales strategy to optimize our current revenue streams and unlock new opportunities to drive further revenue and growth.

James Jackson VP, Engineering brings over 25 years’ experience in ecommerce publishing and adtech. James join’s Enthusiast to lead Technology. Based in New York, James is an established, seasoned engineering professional with focus on individual responsibility, organization culture and operational responsiveness as the basis of success at tech driven companies. Previously to Enthusiast Gaming, James held senior management engineering roles at Comixology (an Amazon company), Hearst and most recently Freestar (during his tenure they captured the #1 ranking on the Inc. 5000 Fastest Growing Company list in 2019).

Luminosity Gaming continues to grow and evolve, and over the last few months our esports organization has gone through some significant changes. We have a roster of some of the world’s best esports streamers, influencers and content creators that collectively reach and engage with over 70 million social fans.

Influencer marketing is the FASTEST growing advertising channel globally and is transforming the way brands and advertisers communicate with Gen Z and Millennials. These influencers are a very important part of our competitive advantage and the advertising strategy for brands we partner with. Some of our new key creators on Team Luminosity include: Rocky No Hands, Call of Duty Creator (200K+ fans), Fresh, Twitch Streamer of the Year (12.5M+ fans), Anomaly, Valorant Content Creator (4.2M+ fans), and Muselk, Fortnite Creator (12.5M+ fans).

Signing the Largest Streamer in the World – xQc

Earlier this month, Luminosity signed xQc, one of the largest streamers in the world, with 5M+ fans, to its roster of top gaming and esports influencers and content creators. He also consistently live streams to over 50,000 concurrent viewers every night on Twitch. Born in Laval, Quebec, Canada, xQc began his playing career in Overwatch, joining the Dallas Fuel for the Overwatch League’s inaugural season. He has also played in the Overwatch World Cup representing Canada on three occasions in 2017, 2018, and 2019, as well as being named the MVP in 2017 for leading Canada to the finals of the event. His further accolades include two nominations for Streamer of the Year at the Esports Awards in 2018 and 2020, and another nomination for Streamer of the Year in 2020 at the Canadian Game Awards. 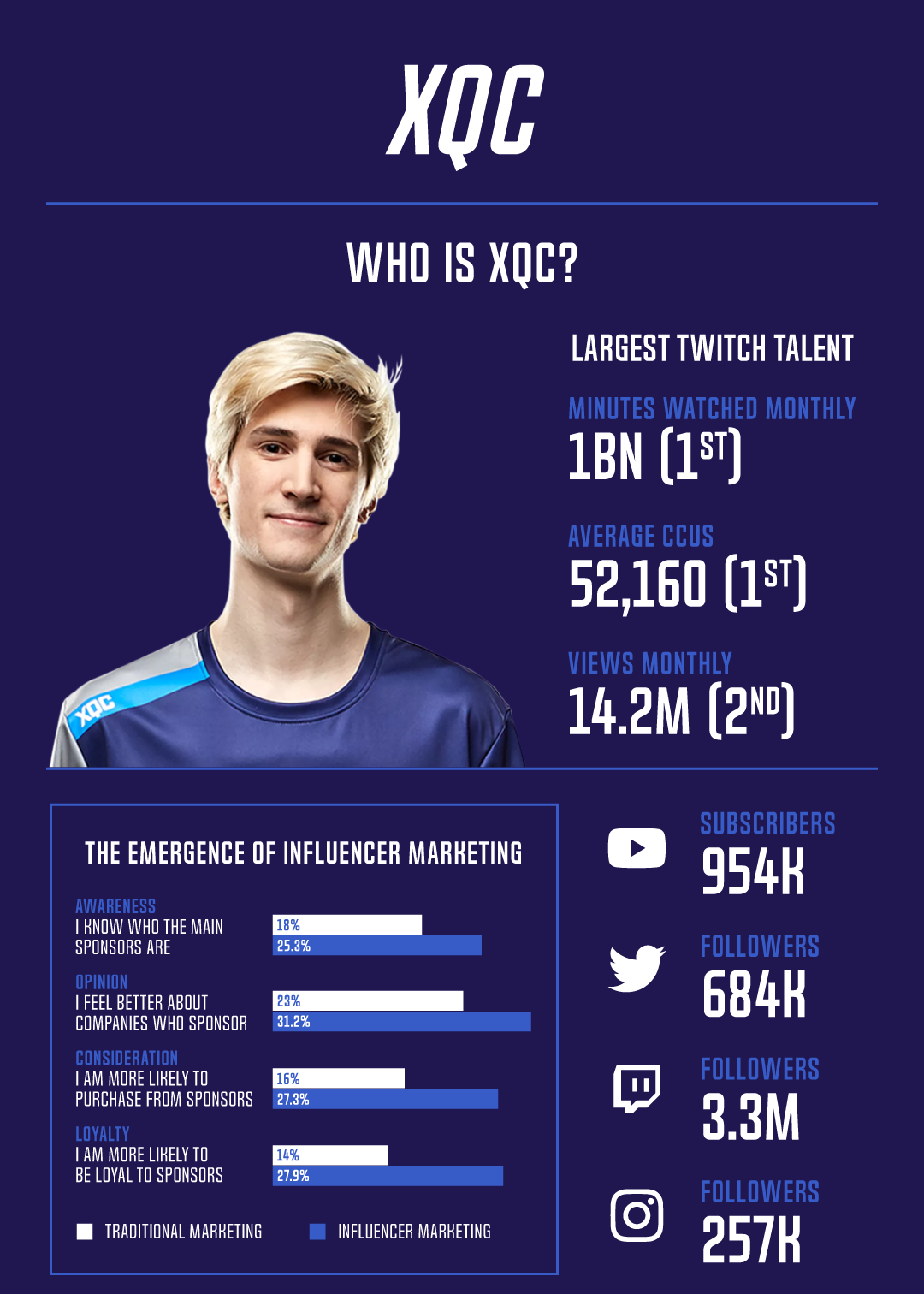 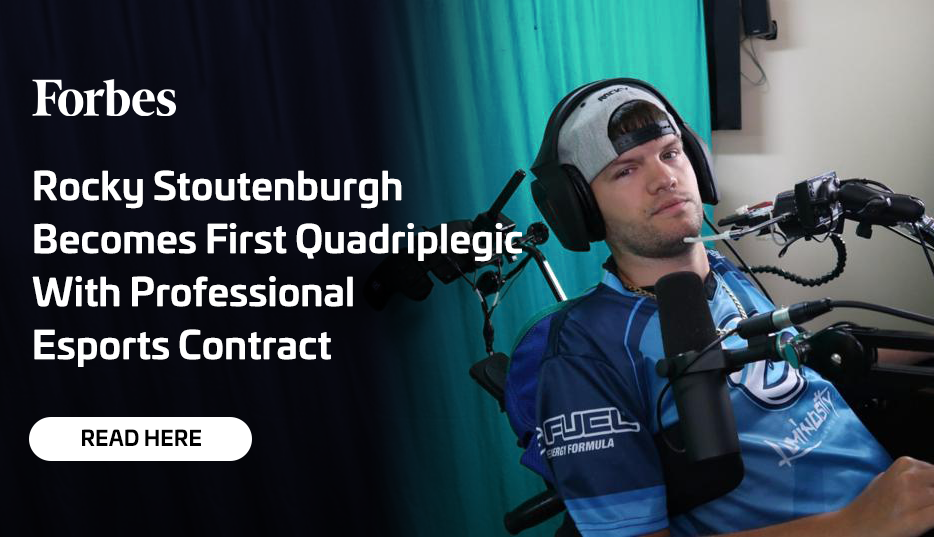 In July, Luminosity Gaming signed quadriplegic gamer, Rocky No Hands, a famous Call of Duty content creator. We signed Rocky directly after he competed live on one of our sites, Destructoid as part of the “So You Think You Can Stream” series. Fans favoured him in the finale based on his skills, creativity with skits/video content, effort and dedication to the stream.

Rocky is the picture of determination, perseverance and overcoming adversary, we are honoured to have him on Team Luminosity and can’t wait to watch him continue smashing records! 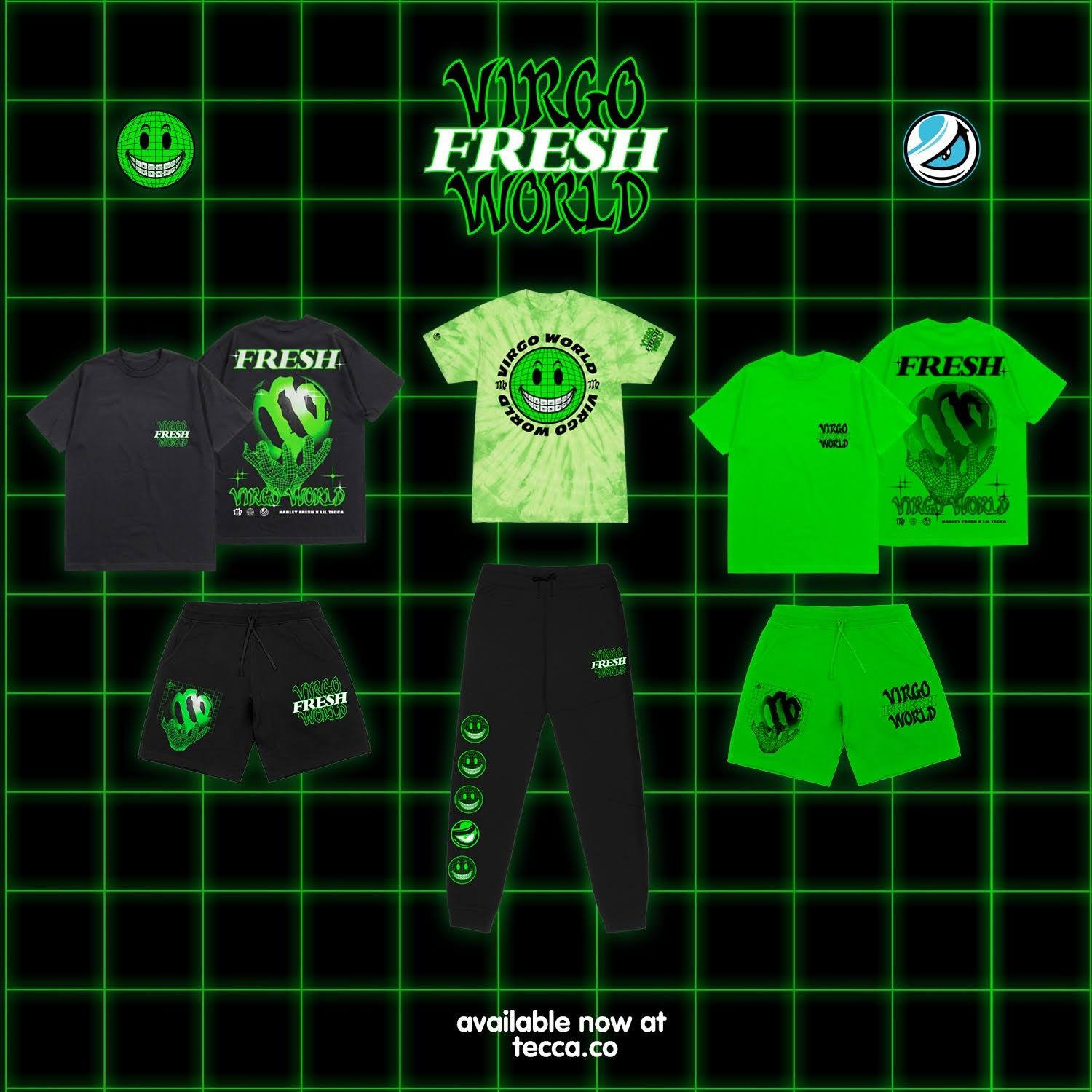 The partnership between Enthusiast Gaming, Universal Music Group, and Bravado brings together some of the largest global brands in gaming, music and lifestyle, and provides one platform to reach and engage with hundreds of millions of people globally.

The Fresh, Lil Tecca collaboration comes off the heels of Lil Tecca’s successful launch of his debut studio album, Virgo World which is a follow-up to last year’s critically-acclaimed Billboard-charting ‘We Love You Tecca’ mixtape. Partnering with Enthusiast Gaming and Luminosity gives Bravado access to over 300 million gamers and esports fans to help promote Lil Tecca’s album release in a creative, engaging way through fashion and lifestyle. 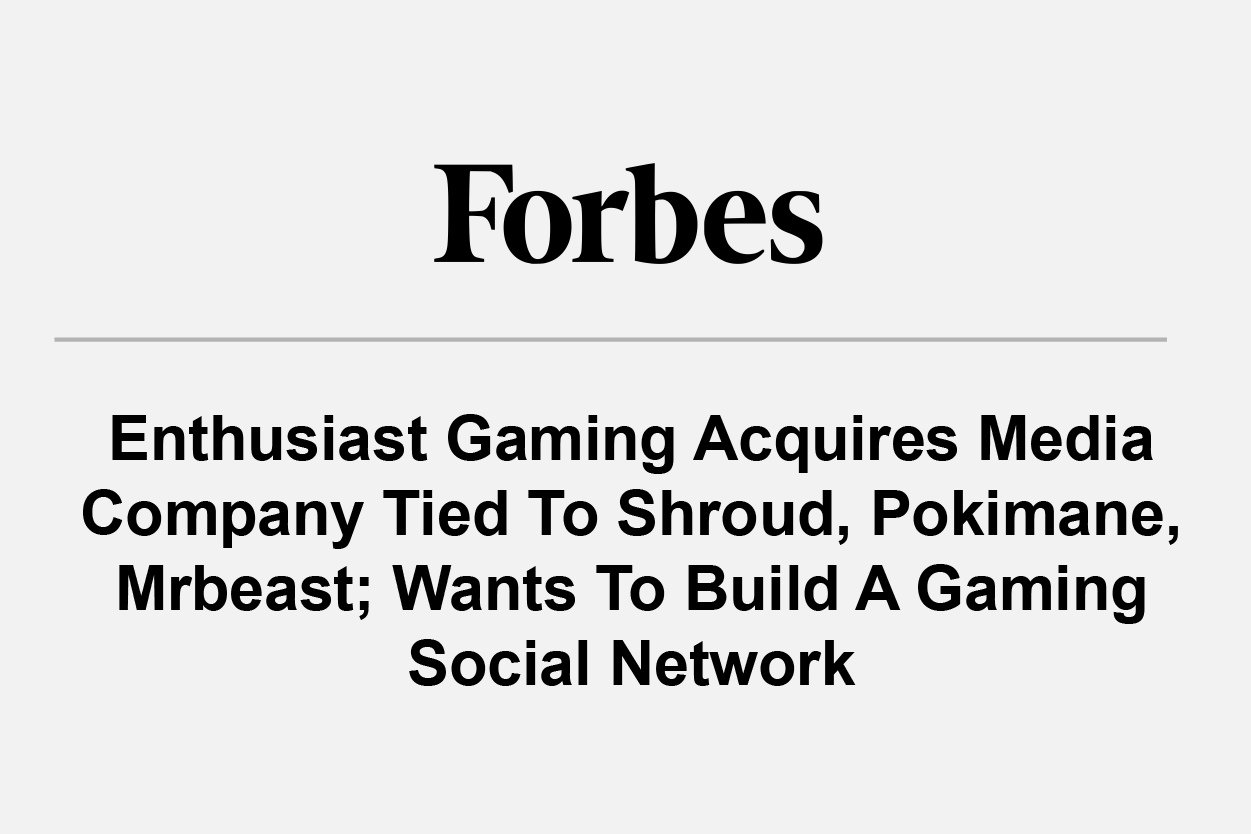 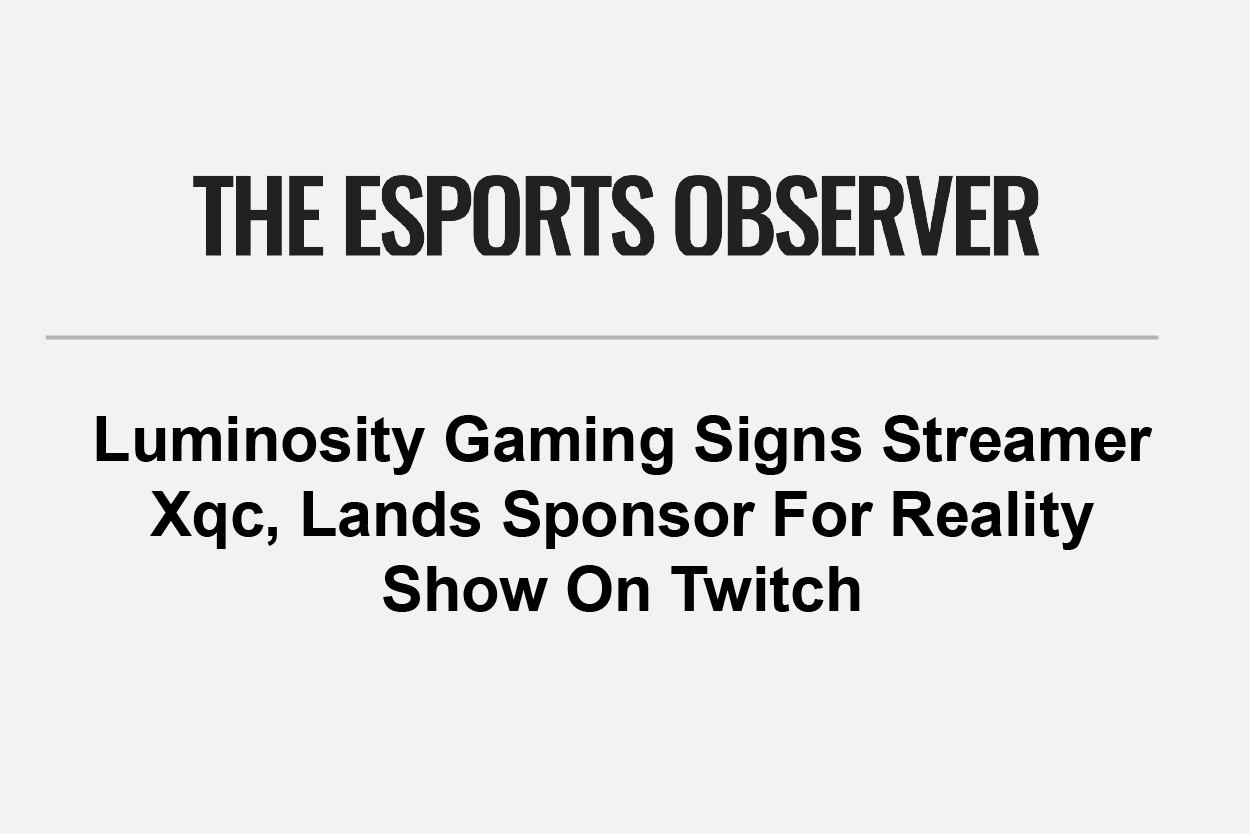 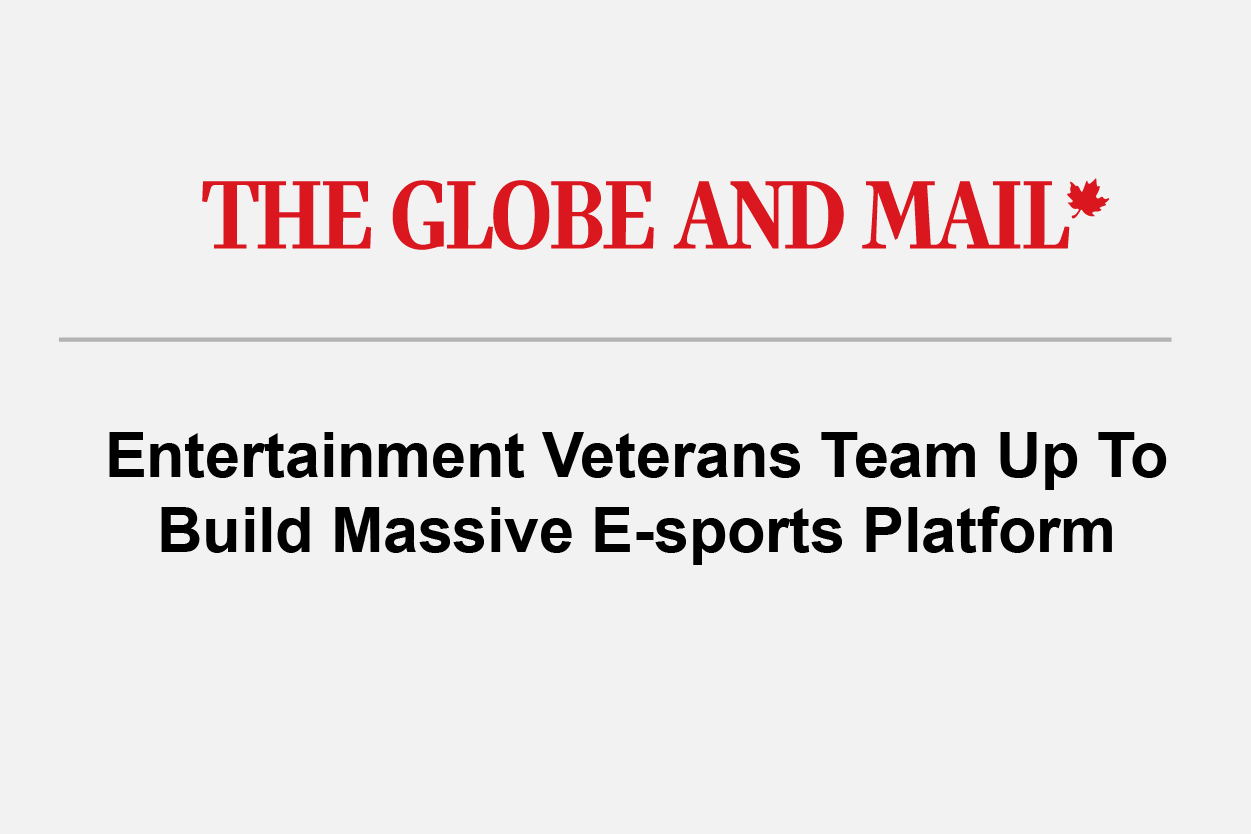 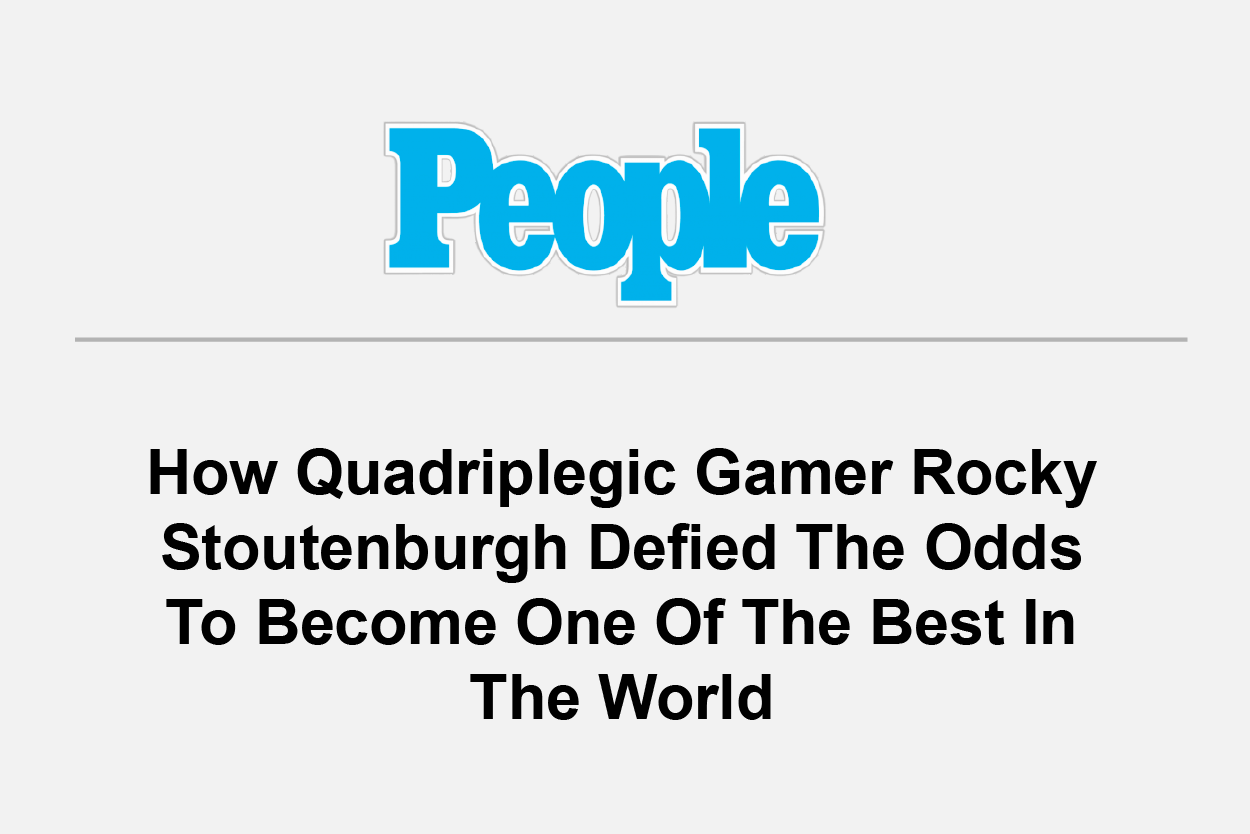